How to Look Good in LinkedIn Profile Pictures

At the risk of stating the obvious, in LinkedIn profile pictures, most of us want to project confidence, credibility and competence. Of course we do. It’s a professional network. We want to look like we can do the job. And do it well. But many of us might be underestimating how important it is to look likeable too.

A study carried out in 2010 by Barrik, Swider, and Stewart of Texas A&M University revealed that candidates who are most likely to be hired are the ones who are perceived to be likeable, competent and similar to the interviewer.

What does this finding tell us? That hiring managers are human beings. They search for a candidate with the right skills, experience, and qualifications. A professional. But - on an unconscious level - they also look for a new member of their tribe. Someone who will fit in with the team. Get along with others. Be nice to talk to around the water cooler. Confidence alone doesn’t win jobs. Paired up with likability, however, it’s a hiring magnet.

Let’s now see what you can do to look both confident and likeable in your LinkedIn profile pictures. 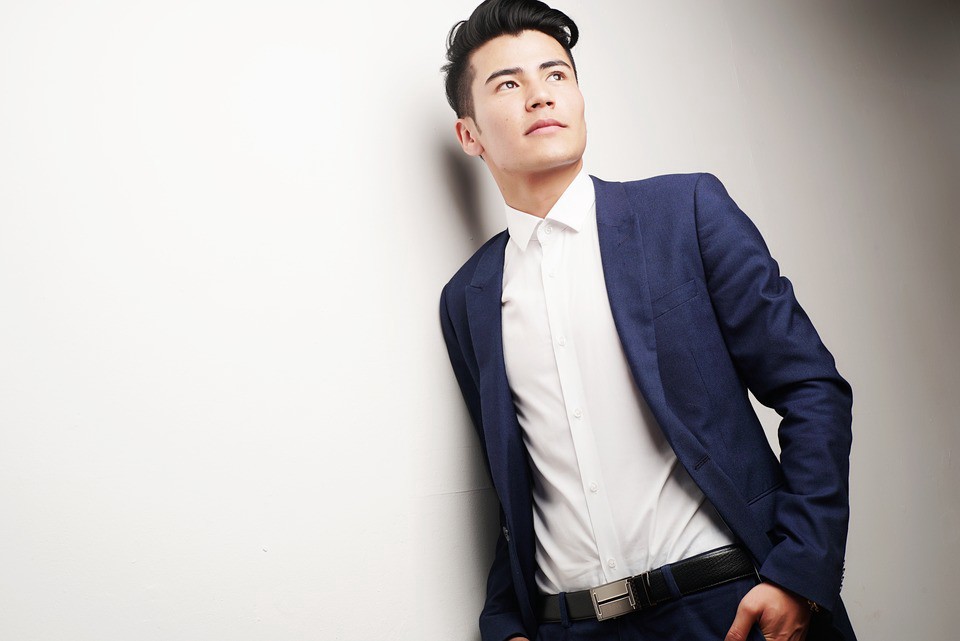 There’s a growing trend of LinkedIn photos where people gaze past the camera, into the distance, apparently in an attempt to look more intellectual. But that, as it turns out, defeats the purpose. According to a study run by Nora A. Murphy, an associate professor of psychology at Loyola Marymount University in Los Angeles, people who maintain eye contact are seen as more intelligent than those who don’t.

Looking into the the camera will not only make you seem smarter. You will also be perceived as more credible, honest and likeable. Eye contact, both in reality and in photos, helps you create a connection and build rapport with another person. So don’t look away, make eye contact with the camera lens. 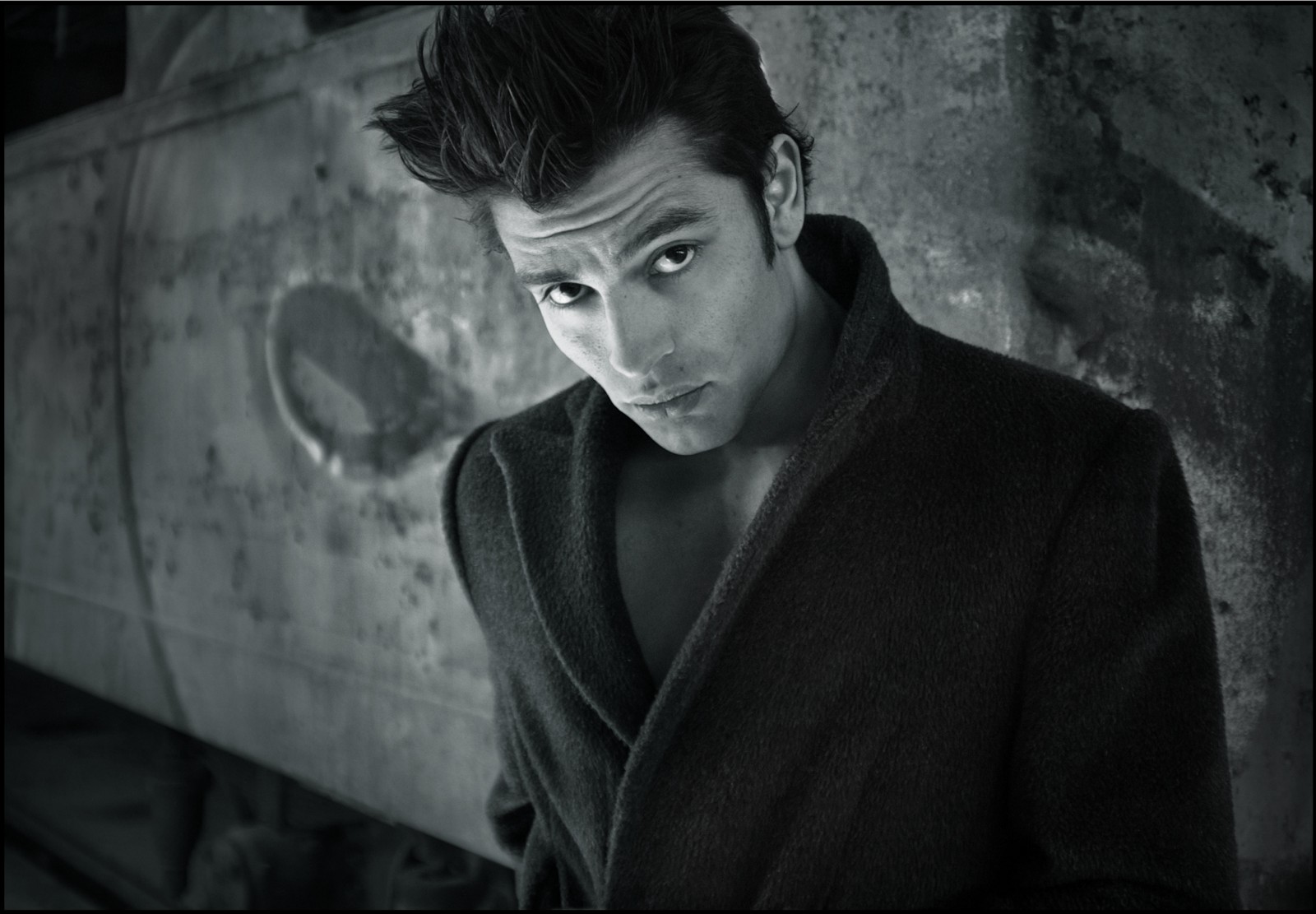 Farhod P. Karimov from the University of Brussels found that camera angles greatly affect other people’s impressions. If you keep your chin down and look up to the camera, you look vulnerable, weak, in need of protection. Like a child looking up to an adult.

If, on the other hand, you position the camera lower than chin level, you’re going to give us the full view of your nostrils, which — for most people — is not a very flattering look. Things will get even worse when you tilt your head back. You’ll end up looking arrogant, smug and disdainful. Nobody likes it when someone looks down their nose at them.

For a perfect LinkedIn photo, position the camera slightly at eye level and keep your head straight. This will make you look more confident, more sociable and more attractive. 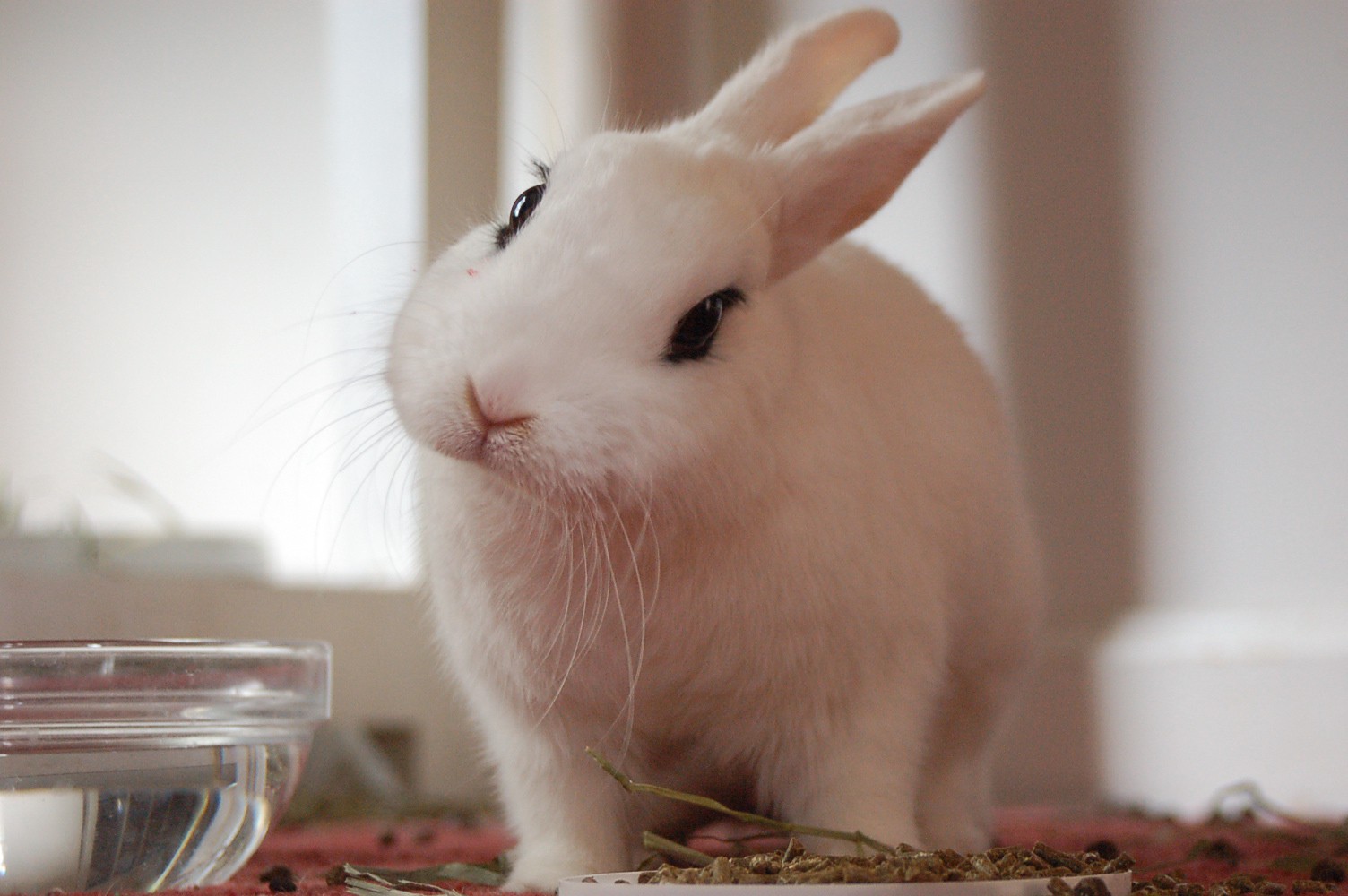 A sideways head tilt is a very positive body language cue. It communicates interest, signals engagement and shows attention. It’s what we all do when we listen to our friends. However, on the subconscious level, a head tilt is processed as a submission signal and as such should be avoided in a business context. In your LinkedIn profile picture keep your head straight up in a more neutral position. 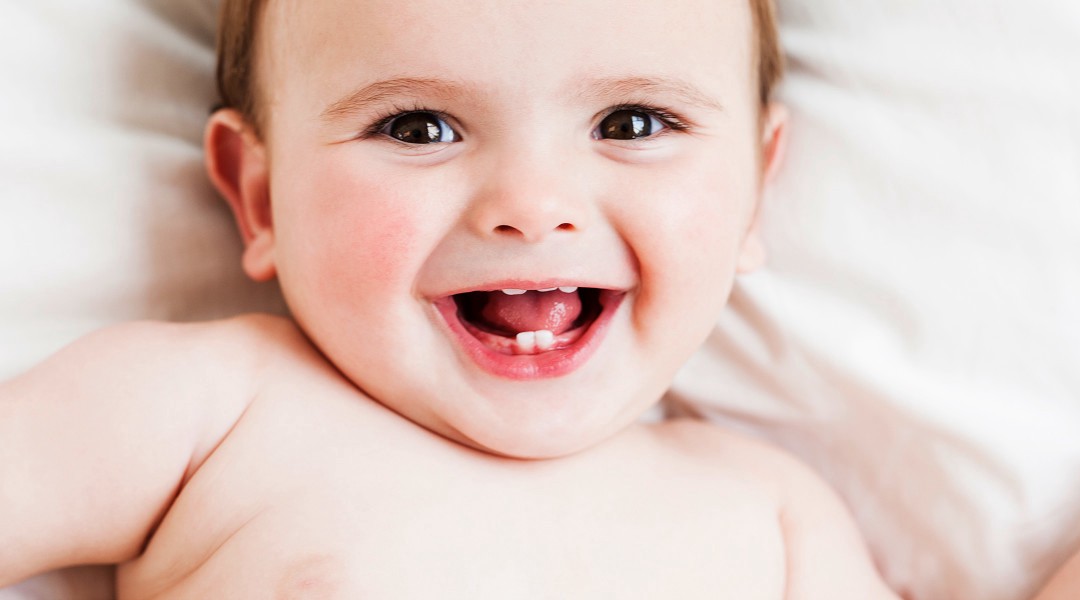 In 2014, the profile photo testing website Photofeeler carried out a study to find out what elements produce a better professional headshot. The study was based on 60,000 ratings of perceived Competence, Likability and Influence for 800 profile photos from their database. And it found that by far the most impactful element is a smile. A very specific kind of smile.

A smile with teeth visible translates into a +0.33 increase for Competence, +1.35 for Likability, and +0.22 for Influence scores.

A closed mouth smile, on the other hand, has only half the effect on Likability and no statistically-significant effect on Competence or Influence.

There are limits though. If you laugh in your profile picture, your Likeability score goes up to +1.49 but you lose out on perceived Competence and Influence.

A word about real vs fake smiles. In a real smile two muscles get activated, one that lifts the corners of your mouth and one that produces wrinkles around your eyes.

In a fake smile, the corners of your mouth get pulled to the sides but not upwards, as is the case with the true smile. And your eyes don’t crinkle. So you end up with a happy mouth and serious eyes. That’s your social smile you often put on at networking events.

Trouble is, we humans are very good at spotting insincere smiles, and they really grate on us. So when you’re having your photo taken, don’t try to fake a smile, instead think of something — or someone — genuinely amusing. This will bring on the feeling of joy and will make you break into a warm and honest smile. 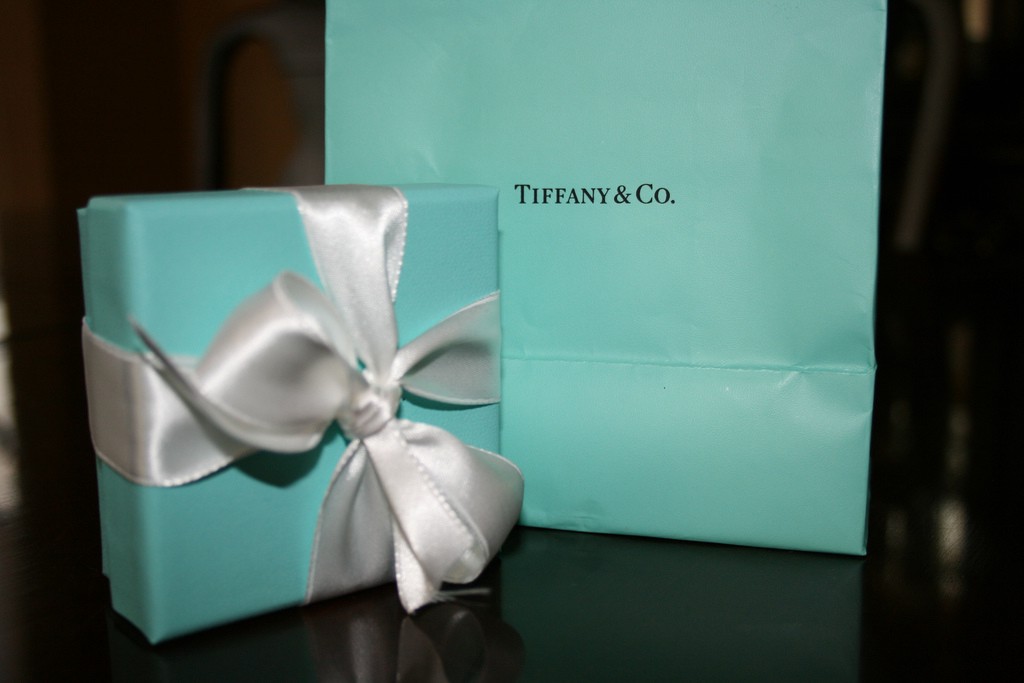 Clothes make a strong visual statement about how you see yourself. A well tailored suit or dress will make you look more professional, competent and credible. There are exceptions, of course. When you are in a creative industry, for example, you can be more adventurous — within reason — about your fashion choices.

However, no matter what your line of business is, your clothes need to be congruent with the image we want to project. And there is nothing like a formal dress to increase your perceived competence. For recruitment specialists shopping around for candidates on LinkedIn, the packaging and the product are one and the same. So to increase your chanced of being noticed on LinkedIn, try to be more like a Tiffany bag than a Tesco bag (sorry, Tesco, I love you and you know it, but it’s not for style!).

Colours have meanings, and these meanings can influence people’s impressions. Candidates who want to come across as authoritative should consider wearing black. Red has been shown to increase heart rates, and can therefore be used to help you stand out from the crowd, but that only works for less formal industries. Blue is often calming and associated with trust and confidence. Grey is the most neutral and works well for conservative industries (think accountants, bankers, lawyers). Brown is a no-no for men’s suits. Especially if the hiring person is a woman. I have yet to meet a woman who took to a man in a brown suit. 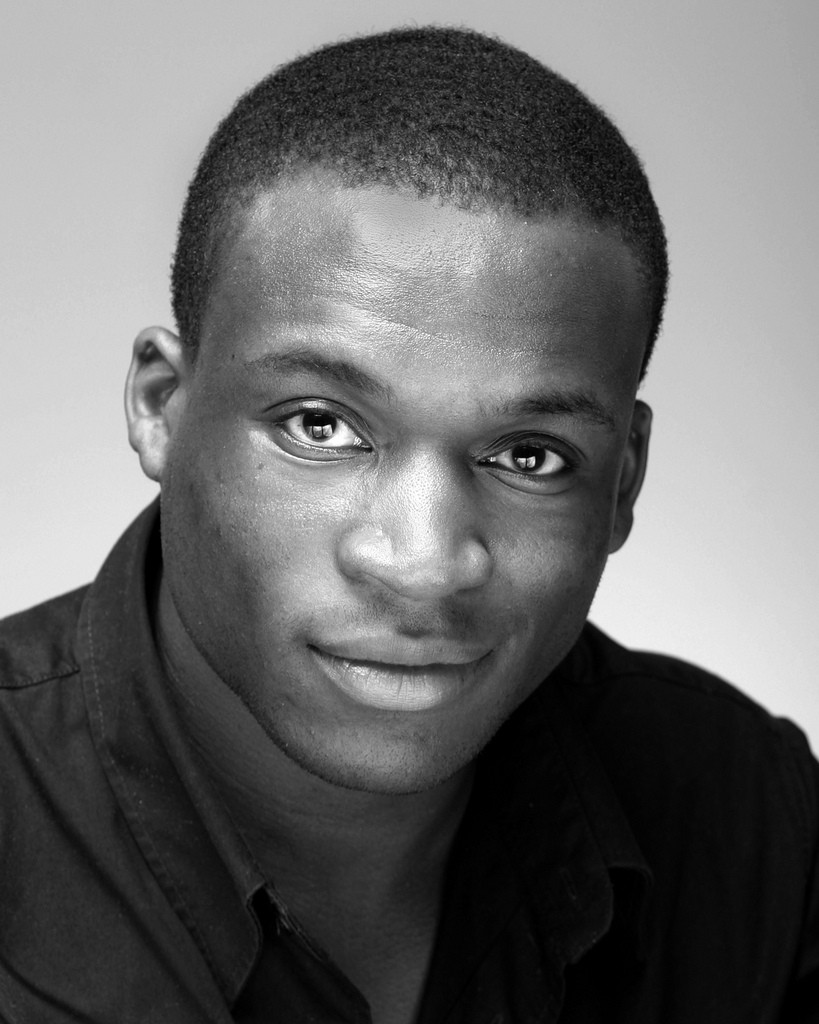 The psychologist Edward Hall, who studied the use of space in people and animals, found that people who are more confident, self-assured, and of higher status, take up more space than others. Interestingly, it works the other way round too. If you take up a lot of space, you will be perceived as more confident.

So aim to fill the frame with your bust (head and shoulders). According to the Photofeeler study, full body photos, where you take up a smaller percentage of the photo frame, bring your Competence and Influence down by -0.29. 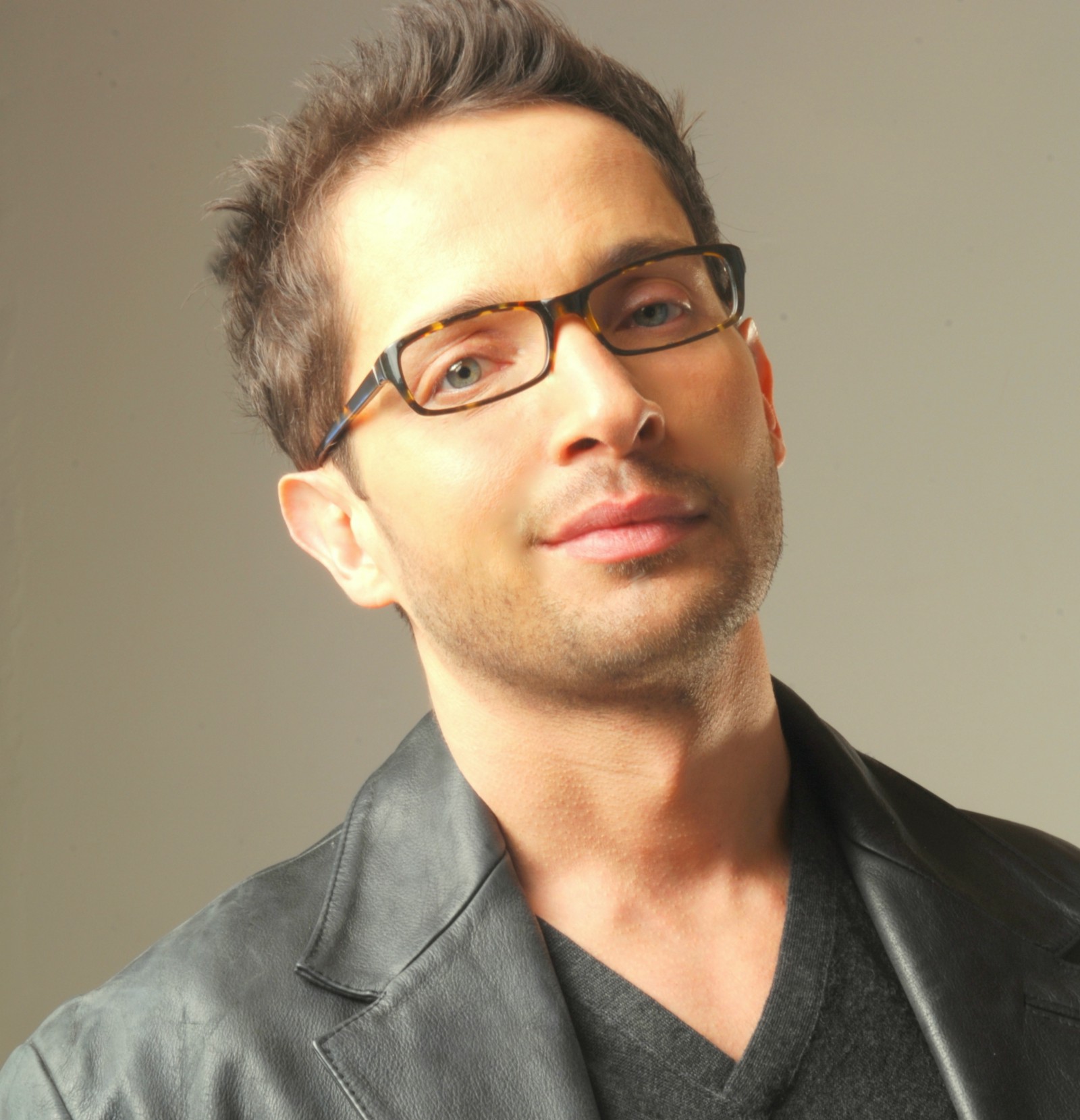 The Smirk and the Deer in the Headlights. Facial Expressions to Avoid.

People who stumble upon your LinkedIn profile picture will look at your face for clues about your personality. And rightly so. Our facial expressions, like real time TV, communicate our emotions, attitudes and opinions. Make sure yours don’t show fear and contempt, expressions that are inappropriate in a professional context, but are surprisingly common in LinkedIn photos.

In fear, you open your eyes so wide that your whites are showing. That makes you look fearful, vulnerable, and uncertain — not the signal you want to send out. How to fix it? Enter Peter Hurley, a New York based portrait photographer. A few years ago he went viral with his squinching technique. In a squinch, you narrow your eyes by tightening your lower eyelid and letting the top one drop down just a bit. Not too much though! That’s a squint! The difference is small but important. When you squint, your top and bottom eyelids close up and your eyes almost disappear — you look neither confident nor self-assured. Take it down a notch, to a squinch, and you’ll instantly look more confident.

Another expression that you want to avoid is contempt. Contempt is a one sided mouth raise or smirk. Some people call it half smile. It’s not. It is the universal sign for disdain and disrespect. Be sure you never have it in your headshots.

Fronting means aiming your whole body — torso, head and toes -towards someone. When you view a person straight on in a picture, you see them as more trustworthy, open-minded and likeable. This is because people who face us square on, normally have a positive attitude towards us. We front people when we want to give them our full attention, when we are interested in what they have to say, and when we genuinely like them. So don’t turn away from the camera. Face it! 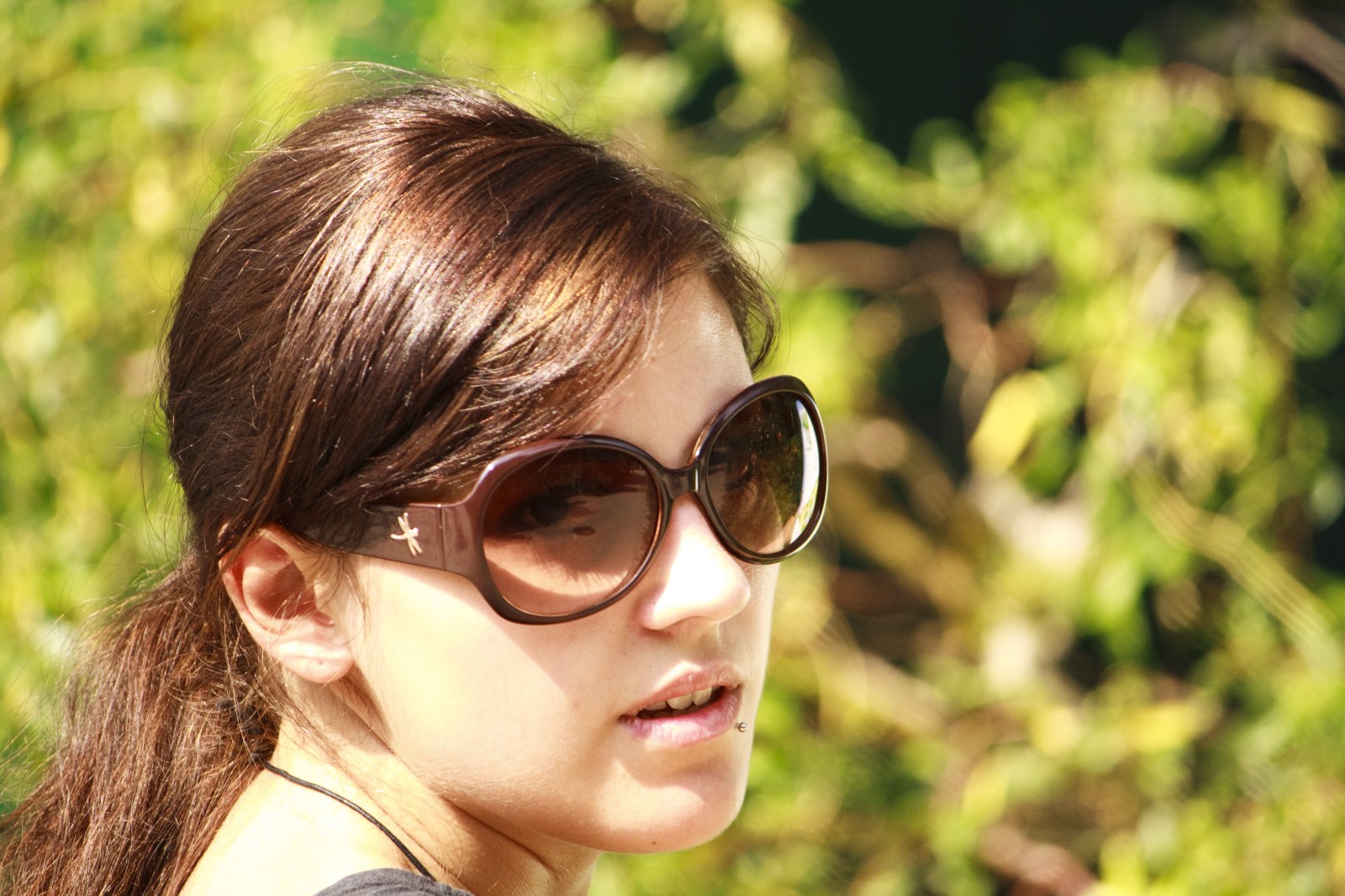 In some headshots you can see people with their arms folded in an “executive pose”. Making the peace sign with their fingers. Or resting their chin on one hand as though they were deep in thought. These are annoying at best and cringeworthy at worst. Avoid at all cost!

Props, such as hats or sunglasses, are also a no-no in LinkedIn headshots, unless they are connected to your profession (think photographer and his or her camera). They look cute on your Facebook page but on LinkedIn they are out of place, telegraphing a lack of seriousness and no sense of decorum. 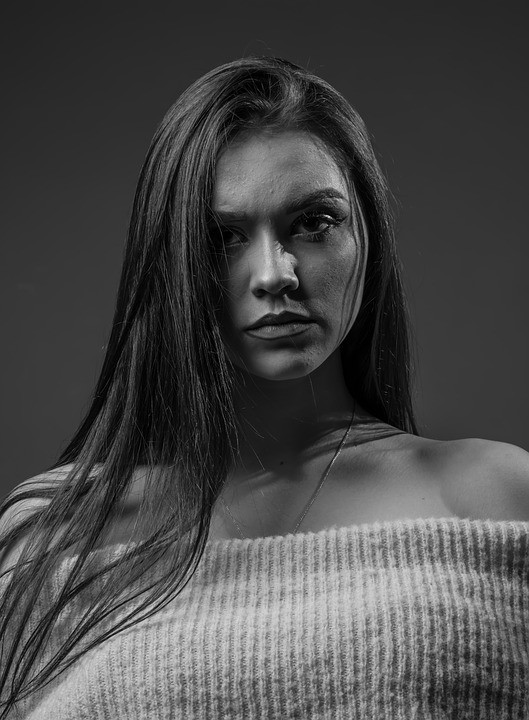 Don’t show more in your picture than you would in the office. Plunging necklines, strapless tops, shirts with too many buttons left undone — they do attract attention. But not the kind that gets you hired.

Your LinkedIn photo plays a very important role in helping you establish your image. And while you want to come across as professional, confident and self-assured, you also want to show your more human side, as an open, friendly and likeable person. Confidence and likeability is the winning combination if you want to “make friends and influence people”. Hopefully, these LinkedIn photo tips will help you make the most of your profile and get the job, client or business partner you’re looking for.

If you liked what you read

Let’s face it. An interview is pure performance. And every...

Want to ace your next job interview? Take control of your body language!

“How to ace a job interview?” Recruitment specialists, when...

Speak up without freaking out

Mark Twain once said: “There are two types of speakers...